MAKE A STOP AT THE VILLAGE OF THE BARGEMEN 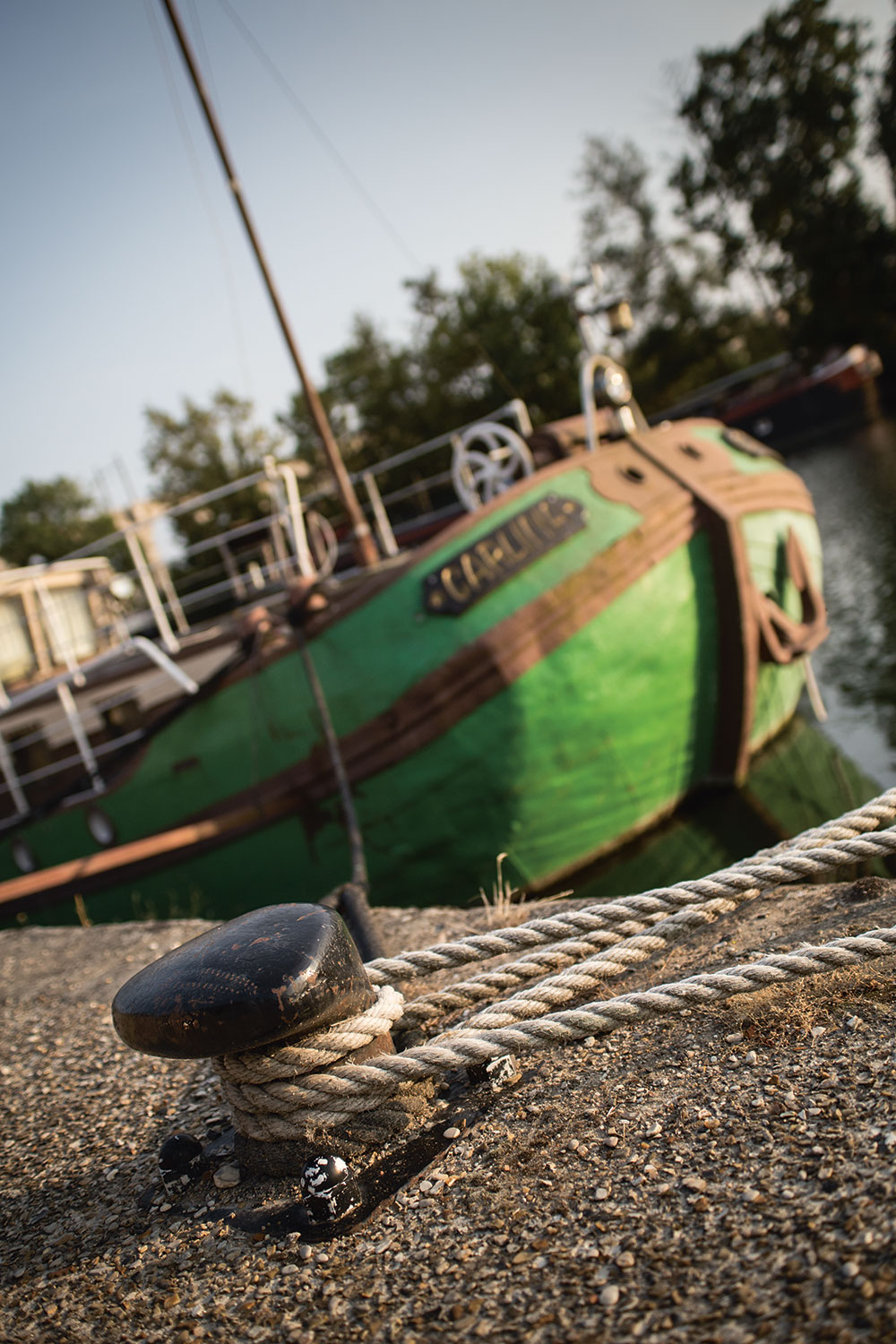 Boats are docked along the riverside as far as the eye can see, while anchors and grapnels are dotted on the ground, and masts and their flags are proudly pitched in gardens... In Saint-Mammès river transport is everywhere you look.

Located at the confluence of the Seine and Loing, this small town (224 hectares) is the meeting point of all waterways that cross the centre and west of France. Thanks to its strategic position, it is a prime location for river transport and has long played a leading role in the history of inland shipping in France. When river transport was at its height, downstream from Paris on the Seine lay Conflans Sainte-Honorine, while upstream lay Saint-Mammès. The two towns had been economic rivals since the eighteenth century. The evolution of river transport modes shaped life in the town, from man and animal-powered towing to navigation of river currents, mechanical traction, steam towing and the motorisation of boats. While river transport no longer has the economic power of old, it has made the town what it is today. From the end of the 1930s until the turn of the century, activities were organised around the shipping exchange, where weekly sessions were held for bargemen and charter companies to plan the transport of goods. The exchange is located opposite the picturesque former lock on the Loing. Built in 1724, it has been recently renovated, despite the fact that it ceased operations in 1974. The urban fabric, which is formed of small plots, kitchen gardens owned by bargemen, and garden sheds converted into small houses, is criss-crossed by a network of alleyways. The town centre, the heart of Saint-Mammès, has three large quays, along the banks of the Loing and the Seine, which remain the port of registry for many bargemen, both active and retired. The many barges docked along the banks, including shops and houseboats, are evidence of this, as well as the three shipyards nearby, the supply ship, and the boarding school for children of bargemen.

While, for the boatmen, the town of Saint-Mammès remains a beacon and symbol where riverboat heritage is cherished, for the past couple of decades, it has welcomed pleasure boats from around the world (including Australia, the United States, the Netherlands and Mexico) along its banks.
While the marina offers thirty or so moorings, from April to October, the canal and river welcome some 500 boats, ranging from small barges to 80-metre cruise liners. With a pier and river banks ideal for a stroll, dotted with café terraces, Saint-Mammès offers a breath of holiday air.

With a rich history closely tied to water, Saint-Mammès keeps several traditions alive, of which the most well-known is water jousting – an iconic sport for the town.
Standing on a platform at the stern of the boat (known as the ‘trinquet’), the jousters compete as they did at the end of the nineteenth century. The action is similar to Medieval jousting.

Formed in 1884, the club, which has been a member of the Fédération Française de Joutes since 1960, is keen to conserve the traditional nature of the sport, while maintaining itself at the highest sporting level, with many French champions among its members. If you stroll along the quays of Saint-Mammès on a Sunday afternoon from mid-June, you may get a chance to see a training session or competition.

Routes along the banks in Saint-Mammès

Discover the town’s history and monuments with the ” Sur les pas des Mariniers ” (In the Footsteps of the Bargemen) route, the Bourse (Exchange) route and reproductions of paintings and drawings by Sisley in the village.
A large free car park is located on Place de la Bosse, opposite the footbridge over the Loing.
Guided tours about the ” Monde des Mariniers ” (World of Bargemen) are organised by the Moret Seine et Loing Tourist Office.
For individuals, dates are available on request.
For groups: tours are available all year round (reservation at the Tourist Office required).

more information about the guided tour "The world of the Bargemen"

To see or visit:

Dedicated to Saint Mammes of Caesarea, a third-century healer saint, the church was most likely built around the year 1000. It houses a statue of the saint, which dates back to the thirteenth century, a fourteenth-century Virgin and Child, as well as a number of thirteenth-century tombstones.

was built in 1724. While it is no longer in service, it stands testament to the life of the bargemen. The lock-keeper’s hut, an identical reconstruction of the original, is evidence of the ancient presence of the dam-lock that connected the two banks.
Quai du Loing

The house was built in order to keep order, perform maintenance, ensure the passage of boats and collect tolls. It is unusual in that it has a slate roof, in a region where tiles are the norm.
Quai du Loing

A barge converted into a museum space that presents the evolution of river transport in Saint-Mammès.
The museum opens on reservation at the Town Hall and on European Heritage Days. Quai du Loing

28 moorings, in St-Mammès and Moret-sur-Loing, with water and electricity, suitable for both pleasure boats and passenger boats.
Multilingual reception service
Open every day of the week during the summer, except public holidays for navigation, from 1 April to 31 October.
Phone: 06 47 68 79 51
Email: laurette.levis@ccmsl.com

Other places to visit related to Sisley

Did you know ? LOING CANAL

Loing Canal was constructed at the beginning of the eighteenth century, at the request of the Duke of Orléan. The canal follows the course of the Loing, running along its riverbed eight times.

Loing Canal was constructed in response to problems supplying the Paris region caused by the difficulty of navigating the river Loing. Louis XV granted his approval in 1719, and works began in 1720. It links the canals of Briare and Orléans with the Seine. It was the first side canal constructed in France. As with all technical and architectural achievements during this period, it shows aesthetic considerations which are still visible today. It is 49.4 km long and has 21 locks. 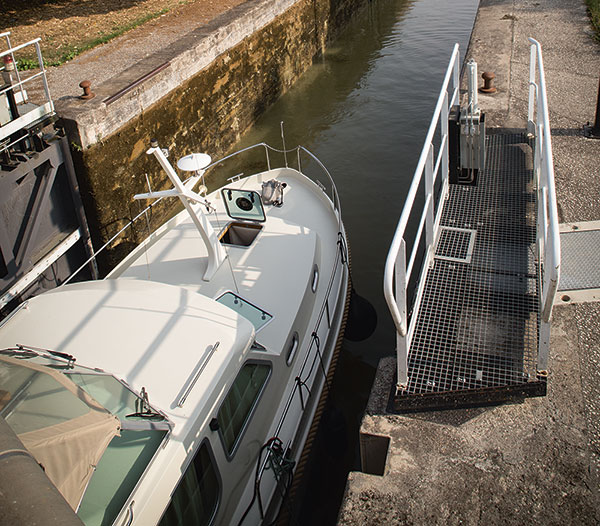