If history fascinates you and you like to explore, many remains of the past (such as cave paintings, menhirs and the Gallo-Roman bridge) are dotted throughout the local area. Read on to find out more. Marked hiking trails lead to these points of interest, as well as rich rural heritage, including churches, châteaux, fortified farms, bridges, wash houses and wells. You can find them on the Moret Seine & Loing hiking trail map, available for free at the Tourist Office. A more exhaustive Topo-guide® is also available to purchase.

Footbridge over the Lunain ford, located in the hamlet of La Noue Blondeau. Similar to that of Roman bridges, its construction explains its name, even though it is likely that it dates from a later period. However, as Paley was a very busy centre in Gallo-Roman times, a paved ford probably existed here in the first few centuries of the Common Era. Requires a walk through the forest: the ” Lunain historique ” (Historic Lunain) route.

This thirteenth-century fortress was modified in the sixteenth century. It is listed as a historic monument. Private property visible from the road. 2 Rue des Ponts, Dormelles. ” A travers le Maquis de Roy ” (Through the Maquis de Roy) route. 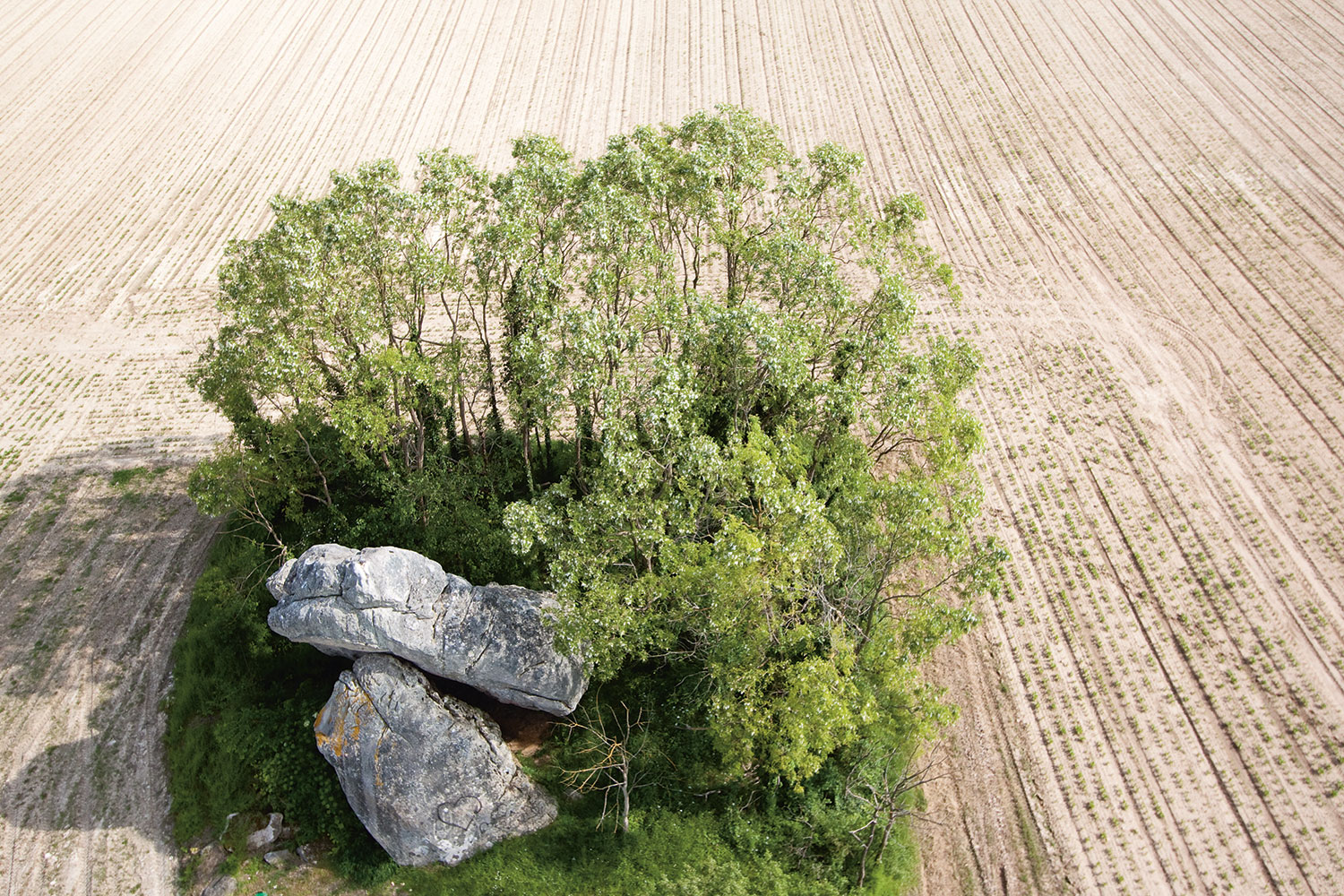 There are many neolithic polishing stones and megaliths listed as historic monuments along the valleys of Loing, Orvanne and Lunain. They are all echoes of legends and pagan customs. Often located in private woods or on cultivated land, here are a few examples that can be seen from the edge of the path..

The “straight stone” in Écuelles 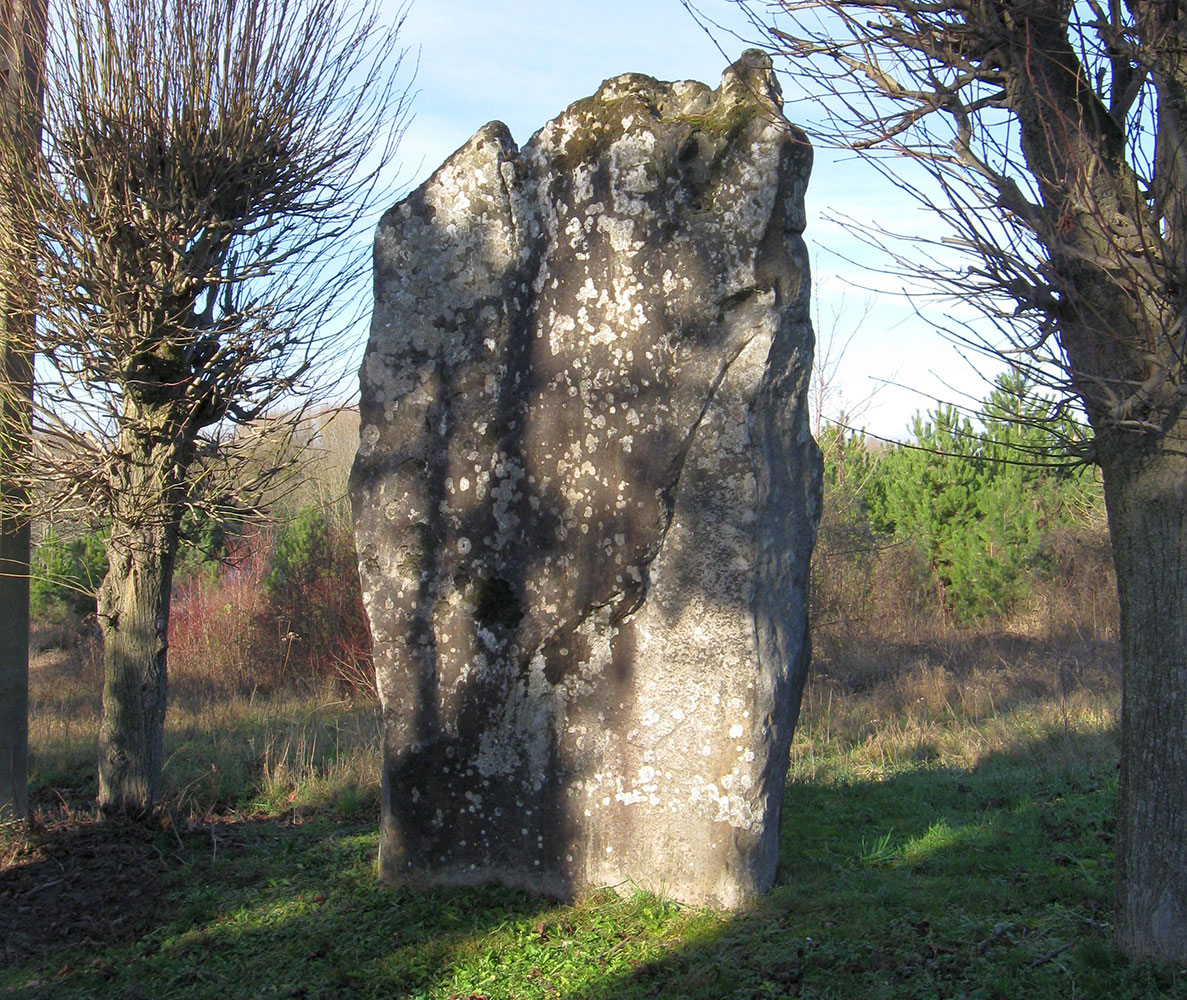 Standing 3.5 metres tall, this sandstone block was listed as a historic monument in 1889. Rue Georges Villette

A rock-covered shelter decorated with prehistoric paintings in the forest of Fontainebleau.
Montigny-sur-Loing. Historic monument. Requires a walk through the forest : route ” De Kosciuzko à Croc Marin ” (from Kosciuszko to Croc Marin)

This former calcareous tufa quarry, listed as an ” Espace Naturel Sensible ” (Fragile Natural Area), forms exceptional geological and archaeological heritage that is internationally renowned. A short trail, marked out with eight signs, presents the palaeontological richness of the site, which has made it possible to reconstruct in detail the landscape that existed here 400,000 years ago. Free access.
Chemin des Carrières – Vernou-
La Celle sur Seine. Small car park. 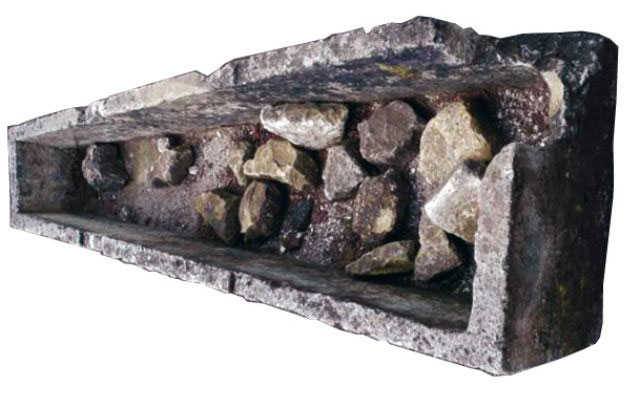 Located in the courtyard of the Town Hall of Paley, it contained treasures that are now conserved at the Prehistory Museum in Nemours.