A few pictures of Flagy

FLAGY : a rural village full of character, cultural and festive

Flagy has an intense social and cultural life, thanks in particular to the dynamism of its volunteers and its 15 associations and commissions that offer throughout the year a cultural and festive quality program for its inhabitants.
Examples include the creation 5 years ago of concerts aperitifs that allow an ever larger audience to benefit from a very eclectic musical programming as well as exhibitions of paintings organized by the association Amalgame or concerts in the church.

Classified site of the Valley of the Orvanne, Flagy is also labelized flowery village in 2013 and promoted village of character in 2014.
Walkers and visitors come to Flagy to walk on the numerous signposted hiking trails or to dine at its gourmet restaurant "Le Moulin de Flagy" or at its café in the square, which houses one of the last gas stations in rural areas.

The place and café of the village of Flagy were also the location of the film "Good apple" with Catherine Deneuve, Chantal Ladesou and Gerard Depardieu, who released in cinemas at the end of August 2017

Every Friday evening of September

Every Friday evening of June and July
From 19h, on the village square

The Departmental Sensitive Natural Area (ENS) "Flagy mound and marsh", located north of the village of Flagy, represents an area of 83 ha. Following the agreement of the Commune, it was created by deliberation of the General Council on November 26, 2001. Historically, this site was occupied by wet meadows (as evidenced by the maps of Cassini and Staff of 19 and 20th century) which were later exploited for poplar cultivation (poplar plantation). To date, it has a strong ecological interest: it is registered in Natural Area of Ecological Interest Fauna and Flora (ZNIEFF): "Valley of Orvanne between Villecerf and Flagy" and classified site "Valley of Orvanne" .
The Department has conducted a number of studies to better understand the ENS. Thus, we know that it is made up of a diversity of natural habitats linked to a varied geology and terrain. In the bottom of the valley and on the alluvial deposits of the Orvanne, moist habitats (aldergrass, megaphorbia, wet meadows) develop. More at altitude, particularly at the foot of the Flagy mound, dry calcicolous grasslands are present with some heritage species.The summit of the hill is quite comparable to the forest of Fontainebleau with the presence of sands and sandstone of Fontainebleau where heathland grow in particular.
Remarkable birds such as the Eurasian Sparrowhawk and the Piping Woodpecker sometimes nest in the tree layer. Future ecological inventories will certainly make it possible to discover species related to these exceptional habitats since stemming from a geology specific to the Paris Basin.

The Church of the Assumption is dedicated to Our Lady of Mercy (classified November 23, 1946). It was built between 1177 and 1225 under Louis VII the Younger, at the same time as the fortified village. From the belfry-tower there remains only the south facade and the turret with loopholes which houses the staircase. The nave was to extend beyond the current porch as shown by the ogive departures. The vane with a pig's head that surmounts the nave of the church would recall the epidemics of plague.
To the left of the gate is placed on the ground a bench of the dead, stone on which one deposited the deceased before the funeral.
The west wall, currently uncoated inside, reveals the trace of a semicircular walled arch in which opens the main portal. Above, an oculus adorned with a stained glass window.
The south wall opens on a small collateral through several warheads.
What strikes when entering this church is the imposing altarpiece prolonged woodwork adorned with seven paintings depicting scenes from the life of the Virgin Mary, St. Martha and St. Vincent (late seventeenth century). The set of paintings was inscribed in 1977. The altar and the carved wood pulpit (classified in 1944) are from the cabinetmaker Grenot (1786).
In the choir, a 17th century golden eagle-lectern in Louis XIV style (ISMH 1977).
On the south wall of the nave, two statues of Madonna and Child, one in polychrome stone of indeterminate time but primitive, the other of the seventeenth century, painted and coated wood (ISMH in 1977). A little lower in the nave, in an arcade overlooking the collateral, a rather dark polychrome wooden Christ.

In the aisle, the chapel of the Virgin whose altar is dominated by a Pieta. The set was donated by Queen Marie-Amélie, wife of King Louis-Philippe, around 1837.

Located at the edge of the Orvanne, below Maigrette Street, this communal laundry is composed of a brick structure surmounted by a wooden frame covered with local flat tiles.
Its vast dimensions made it possible to house fifteen to eighteen washerwomen.

This cross has the particularity of being decorated with motifs recalling the instruments of the passion of Christ, the spear and the sponge.

This way cross, or cross of the rogations, is dedicated to Saint Anne. Located at the crossroads, it is a place of meditation, popular piety, and also pilgrimage. The cylindrical sleeve carries, engraved, the following inscription: "Flagy was ['] in the year MVCXL III and in the year MVCL. Loys Marol and Edmee Ramoy his wife had this cross done. The inscription "cross of St. Anne" is also on the horizontal arm. The base, probably recovered, is divided into two parts: an old base of the eighteenth century, consisting of four blocks placed themselves on four others forming a platform, and an upper part, executed around 1835, surrounded by two rings of metal.

SEE MORE
We are sorry, but no establishment/activity matched the search criteria 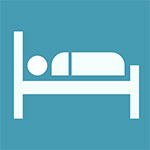 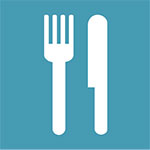